Aishwarya ,Daughter of Vrinda Rai, was born into a traditional south Indian family and started modeling at a young age.

Aishwarya Rai (Ash) is one of Bollywood’s pre-eminent leading ladies. This Indian darling burst upon the world stage when her striking beauty, poise and commanding intelligence won her the Miss World crown in 1994. This former architecture major soon became one of India’s most famous models landing a prestigious Pepsi campaign and appearing in Vogue Magazine.

In the 1994 Miss India contest, she won the second place behind Sushmita Sen, and was crowned Miss India World. ♡

Folding her hands in a traditional gesture of thanks, a composed and smiling Aishwarya Rai accepted the crown.  She succeeds Lisa Hanna of Jamaica, who won last year’s title.

For the second straight year, Miss South Africa was the RU.  This year it was Basetsane Julia Makgalemele, 20.  She was followed in third place by Miss Venezuela, Irene Ester Ferreira Izquierdo, 18, of Venezuela.

Miss Rai, in a sparkling white evening gown, was a crowd-pleasing contestant, drawing enthusiastic cheers from partisans from her first appearance on stage.

The brown-haired, green-eyed contestant projected an aura of grace and dignity, despite confessing to enjoying the “occasional extravagance.”  She also was named Miss Photogenic in a poll of photographers.

Asked her aim as Miss World, she said her first goal would be to show “compassion for the underprivileged.”

The pageant was held for the third time in Sun City.  The fantasy gambling resort is in the former black homeland of Bophuthatswana, now reincorporated into South Africa as part of reforms that ended white-minority rule this year.

The Somalia-born Iman told the crowd she could never have imagined being able to present the beauty award in a “free South Africa.”

Engaged on 14th of January 2007. Aishwarya Rai and Abhishek decided to Marry around February 2007.   In January 14,2007, she announced that she has accepted a marriage proposal from current boyfriend, actor  Abhishek Bachchan.

On Sunday Jan 14 in Mumbai, At Bachan’s “Jalsa”, Aishwarya Rai and Abhishek changed their engagement rings, which was witnesses by close relatives.

Got married on April 20, 2007 according to traditional Hindu rites of the South Indian Bunt community, to which she belongs.

The actress and model revealed to that she was still getting used to being called Mrs. Bachchan. She stated, “This is the first travel where people start calling you, ‘Hello Mrs. Bachchan, good evening’. I was kind of getting used to that because it’s the first time, you’re being addressed by a new surname. So that has been a first and I’ve maybe done a double take at the time but pleasantly so, it makes us smile. So it’s been good.”

Rai is at this year’s film festival circuit as part of L’Oreal’s team of models, who descend on the event every year – an obligation she hopes won’t take that long. “So we’re here for the opening evening and meeting up with all of you guys. Plenty of press work between today and tomorrow and then, I’m out of here because I’ve been on my personal time off from my holidays. So I’ll be continuing with that, pack it all into today and tomorrow,” she continued.

16 November 2011 — Abhishek tweeted at around 9.55 am. Just five days old with her mother’s fair skin and light eyes, Beti B, as her Pa has dubbed her on twitter, has silenced the know-alls. She’s proved that in a country where a boy takes the family line forward, a daughter is as much-wanted by Bollywood’s first family. Aishwarya gave birth to her first child on Wednesday morning at a private hospital in Mumbai. Abhishek announced the news through the micro-blogging site.

The electronic media gave only limited footage to the news of Ash’s delivery, following a reported 10-point directive from the Broadcast Editor’s Association (BEA) warning news channels against excessive coverage on TV of her childbirth.

Later it was confirmed by the media that the baby girl’s name is Aradhya. Bollywood actress Aishwarya Rai Bachchan, who gave birth to her first child daughter Aaradhya last November, says motherhood is her top priority and she has no immediate plans to return to the celluloid world. Making one of her rare appearances post pregnancy at the 25th anniversary celebration of Britain’s MP of Indian origin Keith Vaz, Aishwarya said, “Being a mum, I love it. It is like bliss.”

The 38-year-old former beauty queen was accompanied by actor husband Abhishek Bachchan to the gala dinner at the Radisson Edwardian Heathrow Hotel here last night. Asked whether he shared in Aishwarya’s motherhood responsibilities, Abhishek said, “I am guilty. I don’t spend enough time with the baby to change her nappies. She does all the hardwork.” Aishwarya, who was last seen on the big screen in ‘Guzaarish’, said she is not thinking of returning to work just as yet. “We will see as things go. Right now, it is blissful (to be with the baby).” Asked what were her dream roles, the actress said, “I have never thought about dream roles.”

Answering the same question, Abhishek said, “We live our dreams on a daily basis.” Asked which was her greatest day, Aishwarya said, “The day I married Abhishek. It was a great day.” Vaz said that Amitabh Bachchan could not attend the function as per his doctor’s advice. Jaya Bachchan came to London along with Abhishek and Aishwarya, but she did not attend the dinner as she was taking care of Aaradhya. Abhishek will next be seen in the new film ‘Bol Bachchan’, directed by Rohit Shetty. “It was great fun acting with Ajay Devgn in the film Bol Bachchan which will be released on July 6. In India we produce a film in 100-150 days and while filming we develop a friendship. I never had any unpleasant experience,” said Abhishek. Aishwarya added, “We bond instantly. It is a natural relationship we develop. It is a blessed place to work in.” The Bollywood couple were presented with an award on the occasion and a teddy bear was given as a gift for Aaradhya.

Rai has thus established herself as one of the leading contemporary actresses of Indian cinema. Rai’s off-screen roles include duties as brand ambassador for various charity organisations and campaigns. In 2009 she was honored with the Padma Shri, the fourth-highest civilian award given by the Government of India.

In 2002 Rai appeared alongside Shahrukh Khan and Madhuri Dixit in Sanjay Leela Bhansali’s Devdas, an adaptation of Sharat Chandra Chattopadhyay’s novel of the same name.She played the role of Paro (Parvati), the love interest of the protagonist, played by Khan. The film received a special screening at the 2002 Cannes Film Festival. It became the highest-grossing film of the year in India and overseas, earning a revenue of Rs 390 million domestically. Devdas won numerous awards, including 10 Filmfare Awards, and Rai received her second Filmfare Best Actress Award for her performance.

Did You know AISHWARYA RAI …? 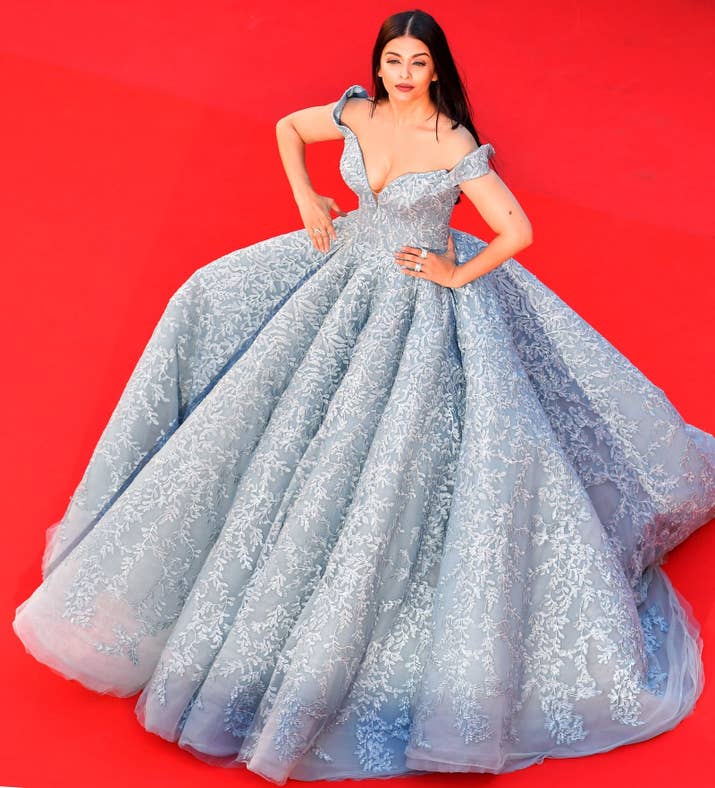 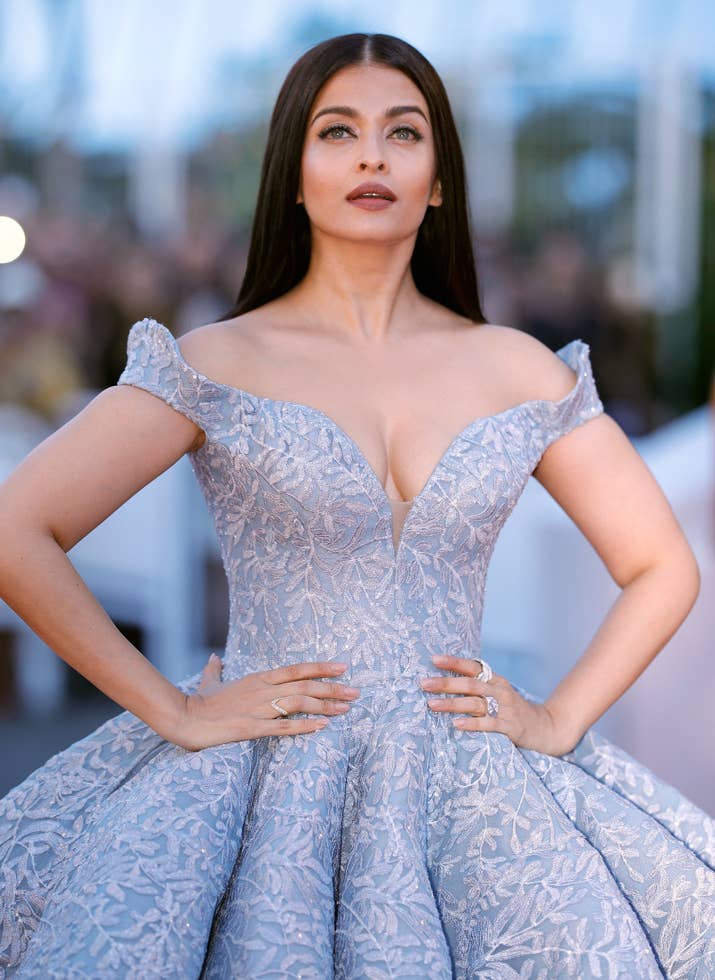 Or enter a custom amount