The curious case of increasing lack of empathy, and the habit of looking the other way. [….click to read the full post]

Why do people choose not to believe sexual violence/DV survivors, even when in some cases they have been a survivor themselves? And how does it helps further the Rape culture?

What is Cognitive bias?

A cognitive bias is a systematic pattern of deviation from norm or rationality in judgment. Individuals create their own “subjective social reality” from their perception of the input. An individual’s construction of social reality, not the objective input, may dictate their behavior in the social world. Thus, cognitive biases may sometimes lead to perceptual distortion, inaccurate judgment, illogical interpretation, or what is broadly called irrationality.

In an article written by Kendra Cherry: How Cognitive Biases Influence How You Think and Act – Innate Mental Shortcuts in Information Processing and Interpreting, the author breaks down types of cognitive bias. Some of those are :

“If you’re like most people, you honestly believe that your convictions are rational, logical, and impartial, based on the result of years of experience and objective analysis of the information you have available. In reality, all of us are susceptible to a tricky problem known as confirmation bias—our beliefs are often based on paying attention to the information that upholds them while at the same time tending to ignore the information that challenges them.

What is Information bias?

Information bias is also a cognitive bias to seek information when it does not affect action. And not want to believe something until ‘they won’t get enough information’ to conclude against it. An example of information bias is believing that the more information that can be acquired to make a decision, the better. Even if that extra information is irrelevant for the decision.

In casual and simple term — ‘Information Bias’ is a refusal in believing something, if the subject of the problem is someone/something you personally like/dislike. You stand by your conclusion and think ‘if only you had more evidence to prove otherwise’. In reality, you will only be affirmative to your own confirmation. Just like in epidemiology, the Information bias/observation bias refers to bias arising from measurement error, similarly, an individual bias will arise from their judgment error.

‘Confirmation Bias’ is the refusal to believe a set of information even if you have information that might prove otherwise. Cherry picking information. And therefore, you choose to either think facts that go against your bias, as a ‘conspiracy’ or decide it is easier to ignore and look the other way, while you continue to hold on to what you think is ‘right’.

In the 1960s, cognitive psychologist Peter Cathcart Wason conducted a number of experiments known as Wason’s rule discovery task. He demonstrated that people have a tendency to seek information that confirms their existing beliefs.

This bias prevents us from looking at things clearly and factually. Further, it influences the decisions we make and can lead to poor or faulty choices. That said, once we understand our cognitive bias and accept the fact that it does exist, we can make an effort to recognize it by working to be curious about opposing views and really listening to what others have to say and why. We can EVOLVE.

You only want to be angry, offended or believe it, if it personally happens to you or someone you love. Or if the perpetrator is someone you hold a negative opinion about. Otherwise, you choose not to believe it, and you victim blame or slut shame the survivor instead. You even choose sides with the accused, if the issue or accused misconduct doesn’t personally affect you in any way. And this is exactly why Rape Culture is so prevalent, and why a lot of people dismiss ‘Me Too’ and the ‘Times Up’ movements, including some women. Because it is difficult to overcome gender bias, or even political bias for that matter, not to forget: stereotypes.

People tend to find it difficult to go against everything they have been conditioned into believing as a ‘non-issue’ and ‘acceptable’. Or grown to think of an accused in a positive way in the past, or if you share an emotional bond with them.

The truth is a person can be a ‘good human’ in one aspect of their life or social circle but a ‘monster‘ in other. This is exactly what happens in Domestic Violence cases & similarly in sexual crimes. In fact, most people know that and still choose to side with the perpetrator. And that is simply because they believe that the perpetrator’s actions has not and will not in any way…affect them. Or their personal bias allows them to find excuses for the wrong behavior — intensify the excuses by including blatant victim blaming, slut shaming, and right away be dismissive of the victims’ truth.

Because at the back of the mind of the supporters/voters:

Similar is the case of other people across the globe accused of sexual misconduct and sexism too — Regardless of the gender.

Look at Hollywood and how they outed the likes of Harvey Weinstein, Kevin Spacey, etc. It wouldn’t have been possible if they didn’t take the accusers seriously. If the accusations aren’t heard, the accusers aren’t respected and the accusations are not properly investigated there is no way to get justice for the innocent party. And positively, the current trend has picked up where the accused — are being held accountable, immediately!

And no, I am not asking you to blindly believe every accused as — guilty. Because not everyone is. Instead, what I am telling you is this :

Innocent until proven guilty applies to the accusers too.
• So we should either respect the accusers and believe them.
• Or don’t take sides and wait for evidence to prove either of them lying.

But we should not call these victims/survivors ‘liars’ and take apart their character, just for looking for an excuse to put down the blame of what happened to them, on them. i.e. more victim blaming and shaming. Remember, the victims/survivors of sexual violence or domestic violence already go through the trauma, fear, anger, and guilt of it for the rest of their lives. Relieving their trauma in the form of PTSD and other forms of mental health & behavioral issues. It changes their personality and life forever.

Therefore, it is critical that people, especially those who themselves are survivors, tread extremely carefully while making their perception and comments about the women (and men) who come bravely forward to tell their story, seeking justice. At any given time, that person could very well be you. And it doesn’t feel good to be humiliated and slut-shamed and called a liar when you are not.

Think for a moment about this: If the victims are telling the truth. If they really are survivors of crimes they are accusing the other person of; and if everyone is victim-blaming them and calling them liars, and laughing at them and talking nonsense about them — Simply imagine the pain and fear they must be in.

And think of what this will tell other victims/ Survivors.

“Keep quiet. Because people will talk shit about you too.” Which people actually do.

This is also why the majority of sex crimes are unreported by victims/survivors of all genders. All you need to do is imagine — How would it feel if someone violated you sexually and the world laughs at you instead?

Every event that involves a survivor of sexual violence speaking up their truth, is watched closely by all others who have been scared to speak up and chose to stay silent. Every precedent, every attitude of people towards the women who speak up is closely observed by every other who was scared of the same thing happening to them. Every victim shaming pushes back survivors of sexual violence/misconduct into further silence. And it needs to stop.

There is a constant victim shaming in the society, towards women who take time to understand the abuse happening to them, or those who take time to report them. And are often blamed for being ‘opportunistic’. E.g. when women in America and now in India started calling out names of men…who they had worked for or within the past. There is always one constant curiosity in cases involving repeated sexual misconduct/violence spanning months or years “Why did she choose to go back into that situation?”, “Why did she continue to work with him?” and so on.

In these cases, the perpetrators hold the power to make or break the victim. their entire life and their career. They can cause loss of finances & even make them ‘non-hire-able’ if they dismiss the advances. And advances that mostly start of in a professional setting where the man/woman in power are well admired and wear the mask of ‘leadership’ are often difficult to understand initially when they turn into inappropriate behavior. Keep in mind the perpetrators attack their victims in ‘phases’.

Also, in power play, majority of times…the realization of the gross violence comes slowly upon the victim. Our brain deals with different events differently, and what goes through a victim/survivor during and after the event of sexual violence is absolutely unique to them. It is basic human psychology.

Besides, as an ‘outsider’ it is easy for us to be dismissive of the victims/survivors who come forward because we lack the compassion or understanding of anything that didn’t happen to ‘us’, an attitude that needs to change immediately; especially in women. If we want to eliminate Rape Culture, that is.

Personally, I have been raising this point over and over again. I believe that right now the biggest threat to women is — the complicit women — conditioned into normalizing misogyny, next to misogynist men who are torchbearers of Patriarchy. Because complicit women, conditioned into patriarchal social setting…hit rest of the women the hardest. And the women who despite themselves being survivors, support the rape culture, by shaming other survivors — they absolutely do the most damage.

They are the hands that hold you down the strongest, while misogynistic toxic men break your spine. And so the sexism enablers — regardless of their gender — need to be outed. No mercy

(I would like to mention that I am not bashing ‘patriarchy’ in this article, except for mentioning it only where required. Because in reality, the Patriarchal social setting isn’t as bad a concept at its core. However, unlike the Matriarchal social settings…the men in power subjugate women and strip women of all basic freedom and power, to the point of dehumanizing them. So if anything, I blame misogyny, systematic sexism, and outdated Gender norms)

The truth is : The people who rape, harass, assault, abuse their victims — are going to be ordinary people you are friends with, you grow up with, you are related to; they are not visible monsters with horns that you can easily identify. — until someone becomes their victim. Then the victim meets the monster. While for you, the ‘monster’ remains a normal loving person; seemingly ‘incapable’ of grossly violating someone. Yes, ‘harmless’, for you.

WILD THING ☽❍☾ I write about Heartbeats, Heartbreaks and Wild Things. ❤
I have a passion for poetry, romance writing, lifestyle blogging and talking about global socio-political issues. I also read tarots, give oracle guidance, do freelance writing projects & Graphology.

Only you don’t know… 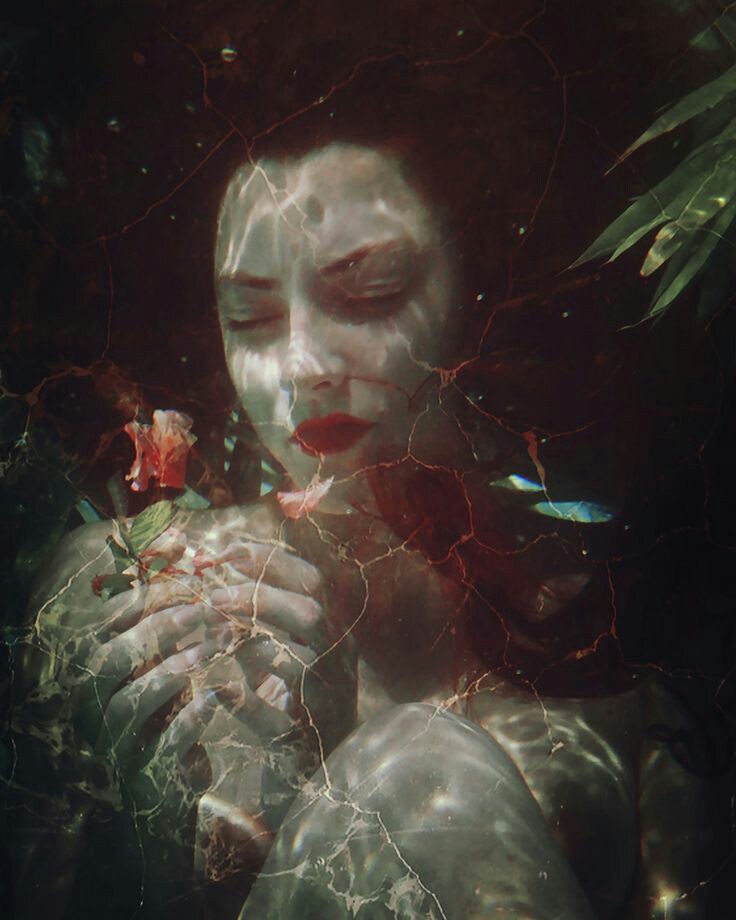